Bring it on guys...we need those heated comments!!!
by Praneeth Baratam
Edit
Maven
Level 8
1
Praveen Baratam - 10 years ago Permalink Edit
Apple as we know it also stole some of its founding ideas from Xerox. Xerox even sued Apple for that while they were busy suing Microsoft for stealing something they stole from Xerox. Ironic.

Video 1: Steve Jobs describes sweetly how he stole from Xerox

Video 2: A demo of Xerox Interface that was demoed to Apple team

Finally its neither Apple nor Microsoft that lost the opportunity but its Xerox who could never make a dime in the PC industry.
Save Cancel 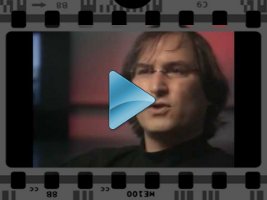 How Steve Jobs Stole the GUI from Xerox

3 Comments
Tarak Nagireddy, Evangelist - 10 years ago Edit
Its sad that Xerox could not be successful after having such a great idea. Steve job stole idea from xerox and MS stole idea(s) from Steve and MS is still the leader in desktop and servers. Although they are 3 years beyond Apple in moble technology and couple of backwards in notebook software.
Save Cancel
Praveen Baratam, Maven - 10 years ago Edit
Microsoft's dominance in Server market is debatable today. Yet the point here is that, even innovators need inspiration and most inventions are a recombination of ideas some borrowed some conceived.
Save Cancel
Tarak Nagireddy, Evangelist - 10 years ago Edit
I agree that the dominance in server market was reduced. MS is totally confused where it need to focus. It could not get the results it expected from the mobile and search market. It need to revamp its R&D department which has became old fashioned. Xbox is an exception, only successful new product
Save Cancel
There is a 500 character limit on every comment. The input box border turns 'Orange' when you are half way through and 'Red' after you reach the limit. Line breaks are not allowed in comments.
Post Comment Cancel
« View More Posts From This Topic or Create One Now!
Wonderful Web 2.0 Worlds
The future of eCommerce, as far as my imagination goes...
What Makes Us Evil?
Its sad that we have started to romanticize and lust for...
The Next Big Thing In Personal Computing
Aren't WiFi routers too dumb for today's digital...
The Miraculous Mind
This talk has changed my entire perception of life and...
The Applicious
The other day, me and my family were driving to a nearby...