What Makes Us Evil?

Delving into the darker side of our race. What makes a human being become evil? What defines the evil?
by Nicholas Bc Shumate
Edit
Alawys express your thoughts and ideas with relevant images and videos to communicate more effectively. There is a 1400 character limit on every post. The input box border turns 'Orange' when you are half way through and 'Red' after you reach the limit. Only line breaks are allowed in posts.

PS: You cannot create Posts until you reach Level 3 - More Info
Maven
Level 8
4
Praveen Baratam - 9 years ago Permalink Edit
First lets throw some light on the concepts of good, bad and evil. What we call as good is when one party irrespective of his own agenda chooses to do things that can benefit others or refrains from doing things that can harm others. Opposite of this behavior is bad and the extreme opposite being evil. But why is being good, good for us? Simply because when everyone behaves the same way, we can expect less destructive behavior from our peers and can live in harmony.

But are we supposed to live in harmony? Evolution, the force behind our existence, requires every life form to prove its fitness by maximizing its access to resources and competing with every other life form. The best strategy to maximize ones access would be to share when confronted with an equal contender and dominate others. Since no two life forms are equal (genetic variation) there are partnerships when apt, exploitation when possible and all the corner cases of evil playing out now and then. Just as expected.

The indoctrination of good, bad and evil by means of culture, religion, law, etc. tries to minimize this phenomenon for a sustainable society. But however hard we try evolutionary forces still reign supreme. We are just another milestone in the evolution of life and are meant to be superseded by better beings just like monkeys before us and the countless many before them. This is the way of nature! 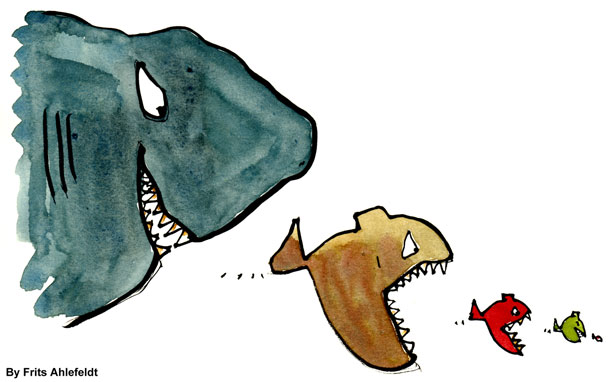 Many television / cable channels commonly recommended for kids and adolescents now air programs depicting weapons and tools of war as the coolest stuff to posses and experience. How can we allow this to happen to our young (highly impressionable age groups) and complain about violent behavior / gun violence in schools and colleges? Whats this hypocrisy? Aren't weapons just a necessary evil to defend ourselves? Why are we boasting our military technology in mass media? Whats this new found lust for destructive gear and tools?

Is this all part of the 'War Propaganda' to prevent common backlash against ongoing wars by ordinary people (tax payers) funding these wars? This is a surprising trend in the past few decades to which mass media is playing host and common man is falling prey to! Even more surprising is how democratic countries are encouraging and falling prey to this conjuring indoctrination by wicked back stage forces!

Governments don't care! Leaders care less! But its important for the common man to remember that - 'No body ever wins a War! Everyone loses!'. When the mind and heart of the average Joe gets corrupt, families disintegrate, communities falter, nations tremble and empires fall.
Save Cancel 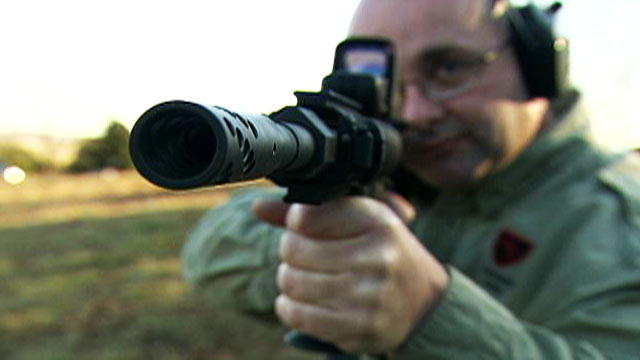 Is this cool? You tell me!

6 Comments - Show All
Nicholas Bc Shumate, Evangelist - 9 years ago Edit
@Praveen- It would indeed seem to be a way for Corporate Media to further advance their agenda of conquering resources, by making violence more mainstream, they hope to desensitize the people of nations against it, so that when it comes time to ramp up propaganda on wars, its far easier to find your target audience and start the fear mongering. Individuals must take action and fortify their hearts and minds against it, but how do we do so in this age of 360 technology?
Save Cancel
Praveen Baratam, Maven - 9 years ago Edit
@Nicholas - When information is ubiquitous and pervasive, so should be rational argument and debate. Technology enables both. If we spend 'n' hours consuming information, we should spend atleast 'm' (m<n) hours debating it. We cannot just be passive consumers of information and let that information (orchestrators) mislead us. Finally, its pivotal for us to understand that managing a life is as important as managing a living and that managing a living is just one part of managing a good life.
Save Cancel
Alistair Riddoch, Contributor - 8 years ago Edit
I'm not so sure we are starting to romanticize about weaponry. I've seen some artifacts from earlier ages that would suggest our bloodlust is at least becoming somewhat more civilized. and before violent video games with gunfire and explosions and death, there was cops and robbers, and cowboys and indians and army games played with wooden or plastic guns as kids. (in between picking flowers and playing with kittens)
Save Cancel
Alistair Riddoch, Contributor - 8 years ago Edit
maybe we notice more as adults than as kids, and it seems to us adults that our kids are different than we were.
<span rel="