The Next Big Thing In Personal Computing

Apple brought smartphones to the consumer landscape like no one did in 2007; are we gearing up for another quantum change in the scene of consumer technology?
by Praneeth Baratam
Edit
Evangelist
Level 6
3
Praneeth Baratam - 10 years ago Permalink Edit
Intel's Mooly Eden: 'Voice will do to touch what touch did to keyboards'. A recent article on Engadget highlighted this visionary who thinks touch based user interface is not intuitive, at least less intuitive than voice based interface.

Apple brought smartphones to the consumer landscape like no one did in 2007; are we gearing up for another quantum change in the scene of consumer technology? Touch based user interface completely phased out physical keypads/keyboards. Would voice be the next big thing and wash out touch interfaces?

Talking to computers to seek information and get tasks done has always been at the heart of scores of science fiction movies till date. It makes sense that voice will be a very comfortable way to interact with the tens of devices that we use in our everyday lives. It is a natural interface. We talk to people, but do not usually 'touch' them to interact, no pun intended.

What do you think? Will voice be the next big thing?
Save Cancel 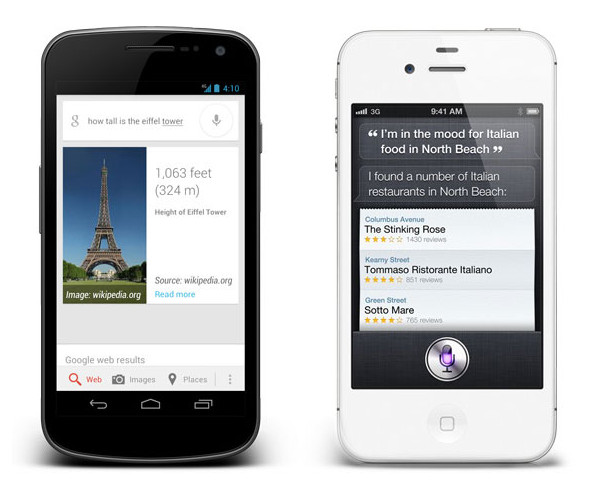 2 Comments
Praveen Baratam, Maven - 10 years ago Edit
Voice interfaces are definitely more natural and intuitive than any other UI technology out there. But comprehending natural language beyond simple constructs is a huge task and boy we are making progress. Looking at how Siri and others are evolving! We could soon talk to our devices as naturally as we would to each other. Privacy will be a concern though. Talking to a device is not very private compared to touch interfaces. Anyone nearby can overhear what you are doing.
Save Cancel
Praneeth Baratam, Evangelist - 10 years ago Edit
@Praveen, 'privacy' is definitely the major issue with voice based UI. It is not an issue, and in fact very useful inside a car or at one's home. But imagine talking to your phone/tablet at a meeting or at an office. We do so many things in a day discreetly on our phones using touch based interfaces. What I foresee though is that we will have a seamless touch and voice based interaction with our devices in the near future.
Save Cancel
There is a 500 character limit on every comment. The input box border turns 'Orange' when you are half way through and 'Red' after you reach the limit. Line breaks are not allowed in comments.
Post Comment Cancel
« View More Posts From This Topic or Create One Now!
Wonderful Web 2.0 Worlds
The future of eCommerce, as far as my imagination goes...
The Applicious
The other day, me and my family were driving to a nearby...
Robotics & Beyond
From times immemorial, we have dreamt of a faithful...
Resurrecting Bluetooth and Wireless Audio
I remember the days when bluetooth stereo profile A2DP...
Philosophy For Life
Maturity at its best is senility, where one has all the...