Conversations about the many feats and idiosyncrasies of human mind...
by Praveen Baratam
Edit
Alawys express your thoughts and ideas with relevant images and videos to communicate more effectively. There is a 1400 character limit on every post. The input box border turns 'Orange' when you are half way through and 'Red' after you reach the limit. Only line breaks are allowed in posts.

PS: You cannot create Posts until you reach Level 3 - More Info
Evangelist
Level 4
2
Nicholas Bc Shumate - 9 years ago Permalink Edit
This talk has changed my entire perception of life and our world. The idea that so many people have yet to realize it, and even myself as well is a staggering one.

How does the brain organize so much information to fit basically what you want to see in your life? More importantly how do we change it?
On this I have heard a promising theory of Brain Programming
The second video is kind of cheesy but it is spot on with the
theories I've heard, namely that if you spend about five minutes
constructing your goals and using visual representations for them
in your mind right before bed, and your brain will begin to
reorganize your reality.

It is incredible how we know so much about Child Development and yet still insist on smothering the very traits we know to be necessary to our survival as a species. Children are curious by nature of their environment both physically and socially because of their need to develop new neuron connections, and we then diagnose them with ADD
and medicate them so they quit doing what they were biologically designed to do.

However the potential is incredible and boundless. 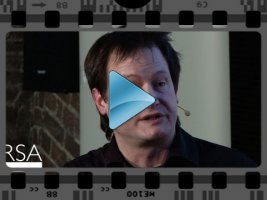 5 Comments - Show All
Praveen Baratam, Maven - 9 years ago Edit
@Nicholas - Our brains work by constructing theories and models of everything including ourselves and these models work like filters as we grow older. This mechanism is necessary to make sense of the information tsunami we are exposed to every day and its aptly said that we only see what we expect and believe in. In light of the above, what we believe in is even more important as our beliefs get reinforced as we move forward and seldom change. contd..
Save Cancel
Praveen Baratam, Maven - 9 years ago Edit
Disciplined self-hypnosis as outlined in the second video is indeed a very credible way to reinforce and change models inside our brains and I practice it too. Telling yourselves every now and then that you are 'Fantabulous' works wonders! Similar auto-gestures can be used to reinforce other traits but then a word of caution here, do not try to reinforce any belief about anything external to you using this method. Ex. Superstitions, Religious and Political Ideologies, etc.
Save Cancel
Nicholas Bc Shumate, Evangelist - 9 years ago Edit
@Praveen- Good to here some confirmation from others that I'm heading in the right direction. There is definitely a very great potential of wrecking the system if you put the wrong information in so to speak, I keep it strictly goal oriented, something to boost me up every so often.
Save Cancel
Praveen Baratam, Maven - 9 years ago Edit
On the other hand ADD has become a household term these days and many children are misappropriately labeled and even treated for the same simply because they are unable to focus on a dull curriculum at school. Its unfortunate that we want our children to think, act and follow like sheep and discourage the most rewarding traits of enthusiasm and curiosity in them!
Save Cancel
Nicholas Bc Shumate, Evangelist - 9 years ago Edit
It comes down to more than just a boring curriculum, by our biology, we are extragenetic learners. We must mess with our physical and social environment when we are developing in the stages of 3 months to twenty-two years and then some, yet we refuse to acknowledge this chronicled fact in other areas of our society like education.
Save Cancel
There is a 500 character limit on every comment. The input box border turns 'Orange' when you are half way through and 'Red' after you reach the limit. Line breaks are not allowed in comments.
Post Comment Cancel
Maven
Level 8
2
Praveen Baratam - 9 years ago Permalink Edit
Its amazing how our mind nearly deceives us at times. Really even the greatest computing machine, which paradoxically is part of us than being something we created, has many many bugs!

Makes me wonder if all the shapes and sizes we perceive are near approximations and assumptions that turn out to be accurate most of the times but are curiously inaccurate at times.

These 10 cool illusions say it all.
Save Cancel 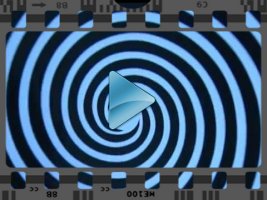 For example when you see this symbol - 'µ' - its commonsense to believe that we first perceive its shape, color, etc. and then interpret it to be 'Mu'; but those events may not be happening in that order after all.

We tend to interpret as we sense and vice-versa. The final perception seems to be a mix of both actual and assumed details and our brains must have evolved this mechanism to reduce reaction times.

Nowhere is this phenomenon more evident than in the case of dyslexics and synesthetes. While dyslexics have trouble seeing symbols as depicted, synesthetes perceive symbols in varying colors irrespective of the color they are actually depicted in.

Obviously if we are seeing first and interpreting later, Dyslexia and Synesthesia are logically impossible.
Save Cancel 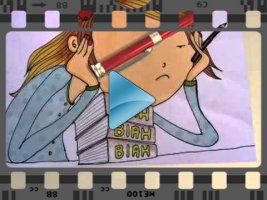 6 Comments - Show All
Praneeth Baratam, Evangelist - 9 years ago Edit
Human interpretation of sensory data is so seamless and on the fly, that sensing and analyzing occur simultaneously. The process should definitely start with some form of initial sensory information, but the processing of later information is very much dependent on the initial info.
Save Cancel
Praneeth Baratam, Evangelist - 9 years ago Edit
Read the following sentence - "Aoccdrnig to a rscheearch at Cmabrigde Uinervtisy, it deosn't mttaer in waht oredr the ltteers in a wrod are, the olny iprmoetnt tihng is taht the frist and lsat ltteer be at the rghit pclae." You would have no problem despite the obvious jumbling of letters. Humans interpret words just by reading the first and last letters.
Save Cancel
Praveen Baratam, Maven - 9 years ago Edit
Exactly, that's what my post is all about. We don't seem to completely rely on sensory inputs for perception. Our brain may be processing only those stimuli that are required for it to make an informed decision about what is out there. For instance, when synesthetes perceive the shape of a symbol, their brain may be automatically associating a color to it with out relying on actual sensory information.
Save Cancel
Nicholas Bc Shumate, Evangelist - 9 years ago Edit
There was an experiment discussed in the late Dr. Carl Sagan's book Dragons of Eden where a Dr stimulated nerves in a patient's brain to stimulate the patient's pinkie finger and then stimulated the actual finger and found that contrary to what one would think, stimulating the finger caused the signal to travel to the brain faster than stimulating the brain first, in fact the stimulus was never applied to the finger and the brain still reacted.
Save Cancel
Praveen Baratam, Maven - 9 years ago Edit
@Nicholas - Can you please provide some more details about the experiment by Dr. Sagan... a link to an article or a video should help us understand the experiment better.
Save Cancel
Nicholas Bc Shumate, Evangelist - 9 years ago Edit
http://www.oocities.org/athens/acropolis/1628/A41brain.htm The book Dragons of Eden is an incredibly eye opening novel and the best book i have ever read. I'm trying to spread awareness about it and discuss it with people.
Save Cancel
There is a 500 character limit on every comment. The input box border turns 'Orange' when you are half way through and 'Red' after you reach the limit. Line breaks are not allowed in comments.
Post Comment Cancel
Load More
Wonderful Web 2.0 Worlds
The future of eCommerce, as far as my imagination goes...
Who Stole Whose?
Very few people realize that a very useful innovation...
What Makes Us Evil?
Its sad that we have started to romanticize and lust for...
The Next Big Thing In Personal Computing
Aren't WiFi routers too dumb for today's digital...
The Applicious
The other day, me and my family were driving to a nearby...