'Meaningful' audio quality over bluetooth is now a reality, thanks to aptX codec from CSR. How can we improve on this?
by Praneeth Baratam
Edit
Alawys express your thoughts and ideas with relevant images and videos to communicate more effectively. There is a 1400 character limit on every post. The input box border turns 'Orange' when you are half way through and 'Red' after you reach the limit. Only line breaks are allowed in posts.

PS: You cannot create Posts until you reach Level 3 - More Info
Evangelist
Level 6
2
Praneeth Baratam - 7 years ago Permalink Edit
I remember the days when bluetooth stereo profile A2DP was introduced and the SBC codec was implemented in consumer products giving rise to the first crop of stereo bluetooth audio headsets. I was enamored with the idea of wireless stereo audio. For the uninitiated, Bluetooth uses a codec like SBC to transmit audio wirelessly. This means, whatever your source audio is, MP3, AAC, FLAC or ALAC, the transmitter (like your phone or laptop) encodes it in a codec like SBC which is then decoded by your receiver (e.g. headphones) to an audio stream seamlessly with a low'ish' latency.

SBC was not designed with audio quality in mind. Bitrates were quite low initially resulting in poor audio quality. Though several iterations of it have been released promising higher bitrates (as high as 250 kbps), the implementation in transmitters and receivers has been patchy. And then came APT with an efficient codec called aptX that was later acquired by CSR. This is a saving grace. The promise of aptX is quite steep - CD quality audio. I tested its quality compared to a wired connection on a set of high resolution headphones and I should say, it lives up to its promises. It washes conventional SBC codec down the gutter. CD quality audio? Not sure, but a convincing argument for choosing wireless for all the added convenience.

Now, imagine if someone can conjure a way to use an open source codec like FLAC or Ogg-Vorbis to operate just like aptX. That would avoid all the licensing fees for manufacturers and improve penetrance of such game changing technology into grass root devices, making it a standard in the industry. 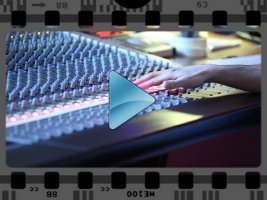 2 Comments
Praveen Baratam, Maven - 7 years ago Edit
@Praneeth - Have you heard of WavPack, another free and open source codec that stretches from being completely loss less (750~1000 kbps similar to FLAC) to being incrementally lossy down to 256 kbps. It might fit the bill better in my humble opinion.
Save Cancel
Praveen Baratam, Maven - 7 years ago Edit
@Praneeth - There is already some research done on using WavPack for low latency almost real time near lossless audio encoding and transmission over network. They concluded that @360kbps WavPack is the ideal codec for this purpose. Ref - http://goo.gl/NAKVS0
Save Cancel
There is a 500 character limit on every comment. The input box border turns 'Orange' when you are half way through and 'Red' after you reach the limit. Line breaks are not allowed in comments.
Post Comment Cancel
Load More
Wonderful Web 2.0 Worlds
The future of eCommerce, as far as my imagination goes...
Who Stole Whose?
Very few people realize that a very useful innovation...
What Makes Us Evil?
Its sad that we have started to romanticize and lust for...
The Next Big Thing In Personal Computing
Aren't WiFi routers too dumb for today's digital...
The Miraculous Mind
This talk has changed my entire perception of life and...