Perception is everything.
by Nicholas Bc Shumate
Edit
Evangelist
Level 4
3
Nicholas Bc Shumate - 9 years ago Permalink Edit
Mr. Smolin Makes exceptional points in this talk that really fall in line with the uneasiness I have felt about certain aspects of Physics, especially with Time. Time being a Human conception, it changes, each second is almost imperceptibly longer than the second before, yet each represents the thin line between past, present, and future.

By my own comprehension, Time only has as much influence on our reality as we allow it to, the more you focus on it, the slower it will go, unless of course you are running late which is a whole other can of worms.

The Idea of the laws of physics that "Naturalism 1" would consider to be unchanging being quite the opposite, flexible, adaptable, seems to fit for some reason. Perhaps its because if the Mathematical reality is never changing than how does Evolution progress? Even Fractal Geometric patterns, something I loosely comprehend as a mathematical way of expressing the potential possibilities of change in an environment, shows us that no matter how many times you isolate a space you create another infinite canvas for more isolation's, which shows change over the progression of Time.

Interesting propositions in all. I feel that Humanity faces a large challenge in the coming Century, one that we are only scratching the surface of. So how do we move forward?
Save Cancel 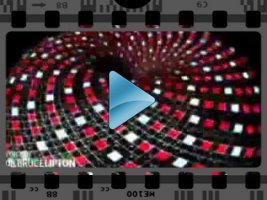