For the enthusiastic to discuss the latest innovations in Science & Technology...
by Praveen Baratam
Edit
Maven
Level 8
2
Praveen Baratam - 9 years ago Permalink Edit
Resistance free Anti-biotics may seem like a physicians pipe-dream but a new discovery about how bacteria coordinate and wreak havoc inside our bodies has just given us new hope in this direction.

Dr. Bonnie Bassler and her colleagues at Princeton have uncovered a dark secret about many disease causing bacteria and they are working on developing potent anti-biotics that can stem infectious bacterial diseases in their roots.

Normally every infection has an incubation period during which bacteria multiply in our body and after a while these bacteria start their offensive. This is common knowledge.

But according to Dr. Bassler, bacteria have a chemical mediated communication system that lets them assess their population strength and become virulent only after they have sufficient numbers. Now their team is working to disrupt this communication system and stop the bacteria from ever mounting an offensive. Same old bacteria but no more disease. Now this is news :-)
Save Cancel 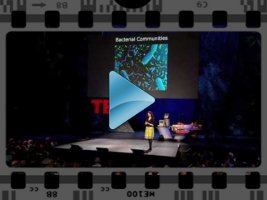 4 Comments
Praneeth Baratam, Evangelist - 9 years ago Edit
This is just great news. I truly admire these people who slog in laboratories worldwide at their microscopes trying to even terms with the microbes. This is a very intelligent attack strategy just like one of those war strategies, where you take down an opponent by disrupting their communications, not using any fire power.
Save Cancel
Praneeth Baratam, Evangelist - 9 years ago Edit
What concerns me, though, is that in our constant struggle to tackle infections over last several decades, what has ultimately won was and is evolution/mutations. The target proteins of this research, are alterable by mutations causing potential failure of the blocking agents. In other words, strains with resistance to the blocking agents may be 'selected' necessitating the need to constantly produce updated blocking agents.
Save Cancel
Praveen Baratam, Maven - 9 years ago Edit
Yet there is a silver lining to this approach. Mutations are isolated i.e. they affect a single organism and in current anti-biotic therapies resistance conferring mutations offer survival advantage (non-mutants are killed by the anti-biotic). But now even if an organism and its progeny can continue to communicate and coordinate they still have to compete with non-coordinating bacteria for resources and survival which will largely affect their survival and disease producing ability.
Save Cancel
Praneeth Baratam, Evangelist - 9 years ago Edit
@Praveen, that is an important concept that I missed. It surely gives these novel communication blockers an edge over evolution/mutation. This approach adds another really successful war strategy to our battle against microbes. 'Divide and rule', we make disease causing strains(mutated with resistance to the blocking agents) to fight for survival amongst a larger population of non-pathogenic strains(successfully inactivated by these novel blocking agents).
Save Cancel
There is a 500 character limit on every comment. The input box border turns 'Orange' when you are half way through and 'Red' after you reach the limit. Line breaks are not allowed in comments.
Post Comment Cancel
« View More Posts From This Topic or Create One Now!
Wonderful Web 2.0 Worlds
The future of eCommerce, as far as my imagination goes...
Telecom & Internet Revolution
How many times did we come across a situation where...
Sociodynamics
An interesting revelation that group behavior may be...
Smart & Frugal Living
Have you ever lived under a roof directly exposed to the...
Resurrecting Bluetooth and Wireless Audio
I remember the days when bluetooth stereo profile A2DP...