For the enthusiastic to discuss the latest innovations in Science & Technology...
by Praveen Baratam
Edit
Maven
Level 8
1
Praveen Baratam - 10 years ago Permalink Edit
Augmented Reality has received quiet a lot of attention recently but all that hype was about prototypes such as the Sixth Sense from MIT labs and Google Glasses.

But now an unlikely contender, Nokia, has launched City Lens, an augmented reality browser to explore the city around you. Its really a leap forward in terms of context awareness and sensing. You can just point your mobile camera at any street or building and know whats interesting in there. And its already available on their phones for you and me.

Hats off to Nokia for pulling off this feat in such troubled times.
Save Cancel 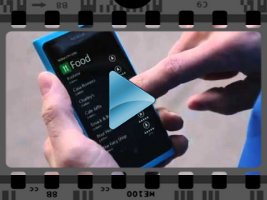 No comments yet!
There is a 500 character limit on every comment. The input box border turns 'Orange' when you are half way through and 'Red' after you reach the limit. Line breaks are not allowed in comments.
Post Comment Cancel
« View More Posts From This Topic or Create One Now!
Wonderful Web 2.0 Worlds
The future of eCommerce, as far as my imagination goes...
Telecom & Internet Revolution
How many times did we come across a situation where...
Sociodynamics
An interesting revelation that group behavior may be...
Smart & Frugal Living
Have you ever lived under a roof directly exposed to the...
Resurrecting Bluetooth and Wireless Audio
I remember the days when bluetooth stereo profile A2DP...