Get Into DSLR Photography

Venture into it friends...its worth the money
by Praneeth Baratam
Edit
Maven
Level 8
3
Praveen Baratam - 10 years ago Permalink Edit
DSLR cameras are not only good for photography but are also increasingly good for videos and short film making. They are both handy in comparison to professional HD video cameras and can capture true to life videos.

Two of this years' Oscar nominated short films were made using Canon DSLR cameras with EOS 7D being the favorite. Directors Danfung Dennis (Hell and Back Again) and Lucy Walker (The Tsunami and the Cherry Blossom) say they were never disappointed with their DSLR equipment whether shooting indoors or outdoors.

So a DSLR will not only allow you to capture life like images but may also bring out the narrator in you. Another reason for you to join the DSLR club.
Save Cancel 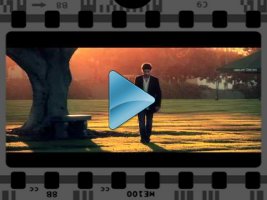 6 Comments - Show All
Malla Srilakshmi, Evangelist - 10 years ago Edit
I am using a DSLR for one year now and am loving it. Should try my hand at short films now. May be we have a story teller hidden somewhere in each of us.
Save Cancel
Praneeth Baratam, Evangelist - 10 years ago Edit
The idea of making a short film has been lingering in my mind for a while now. I feel like that's the next step in exploring one's own creative capabilities
Save Cancel
Praveen Baratam, Maven - 10 years ago Edit
DSLR short films are quickly emerging as a semi professional niche and many many young enthusiasts are trying direction and acting. Just search for "Telugu Short Films" on YouTube and you will be astonished that there are thousands of them just from a single state in India.
Save Cancel
Praneeth Baratam, Evangelist - 10 years ago Edit
The quality of these short films is exponentially improving. More and more amateurs with ideas and an SLR are jetting into short film making and trust me, they are doing a pretty good job.
Save Cancel
Praneeth Baratam, Evangelist - 10 years ago Edit
With improving camera technologies in cell phones like the recent inclusion of optical image stabilization in yet to be released Nokia N920, it seems like the next logical step in amateur 'videography', there are definitely some limitations to what cell phone cameras can do.
Save Cancel
Praveen Baratam, Maven - 10 years ago Edit
Short clips between family and friends, phone cameras have long been good at that. But for short film making, they are grossly inadequate. Even a regular camcorder falls short for this. There were some big contests in the past to promote short film making over mobiles but this trend never picked up.
Save Cancel
There is a 500 character limit on every comment. The input box border turns 'Orange' when you are half way through and 'Red' after you reach the limit. Line breaks are not allowed in comments.
Post Comment Cancel
« View More Posts From This Topic or Create One Now!
Sociodynamics
An interesting revelation that group behavior may be...
Smart & Frugal Living
Have you ever lived under a roof directly exposed to the...
Resurrecting Bluetooth and Wireless Audio
I remember the days when bluetooth stereo profile A2DP...
Probability and Statistics
Ever wondered how the elusive phenomena of Imagination...
Plasma Vs LCD Vs LED TVs
As pointed out by Praneeth, LED TVs currently available...