This is Dedicated to those who are in positions of influence in our society and use those for good.
by Nicholas Bc Shumate
Edit
Evangelist
Level 4
1
Nicholas Bc Shumate - 7 years ago Permalink Edit
The song "Prayer of a Refugee" by Rise Against is a song in tribute to those people who are suffering the injustices of another, those who have fled their homes in fear of death and imprisonment.

This is an issue of grave magnitude, and yet in 2013 the New Zealand Catholic Bishops conference was held to apparently address this issue, with a day of Prayer. Yes, because thoughts of a bunch of strangers with no unified image in mind is going to help more than the millions of dollars these churches rake in under "Charitable Organization".

I often also find myself wondering on the same lines if a lot of the issues resulting in these refugees are caused by some sort of Religious influence somewhere a long the line that cascaded.

How could we work to solve this issue? We are after all talking about millions of people world wide. Something must be done, but how to attack an issue so huge?
Save Cancel 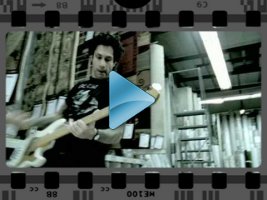 8 Comments - Show All
Praveen Baratam, Maven - 7 years ago Edit
I believe we should now separate church from everything else; not just from from issues of the State but also from education, charity, etc. It sounds vague but church or any other religious institution is a school of thought per se, a philosophical entity, and should not be allowed to participate in other activities beyond that. Social responsibility, wrongly portrayed as charity, just like governance has nothing to do with any particular religious ideology.
Save Cancel
Nicholas Bc Shumate, Evangelist - 7 years ago Edit
There is a theory pioneered by Dan C Dennett that ideas, like those spewed out of religious organizations, can act as parasites, most notably the Crusades, Islam Extremists, and pretty much any idea that "Hijacks" the brain from a person.
Save Cancel
Praveen Baratam, Maven - 7 years ago Edit
Religion is just a 'School of Thought' currently revolving around supernatural beings and dogmas in my opinion. As such it is dangerous to discourage organizing around a philosophy / school of though; democracy, free markets, etc. are nothing but philosophies organized into systems. Instead, what we should do is discourage superstitions, dogmas and ideas around them. When these are pruned out, the respective philosophies automatically fall apart.
Save Cancel
Nicholas Bc Shumate, Evangelist - 7 years ago Edit
Indeed but then what scenario do we have at that point? What you suggest sounds like "breeding" the Ideas, eliminate the ones that don't work. There is the risk of unforeseen consequences, like the philosophies we would like to keep end up being eliminated, and the ones we don't like begin to procreate. It may turn out that they are better at replicating so to speak, not because we want them to.
Save Cancel
Praveen Baratam, Maven - 7 years ago Edit
@Nicholas, I am not sure if I totally understand your comment! What I meant was that, we should discourage and rebunk the irrational parts of a philosophy but should not as such prevent organizing around a philosophy. We risk getting into an totalitarian / authoritarian state if we do so.
Save Cancel
Nicholas Bc Shumate, Evangelist - 7 years ago Edit
@Praveen- Sorry for the confusion, to put it better, there is a theory of Memes; Ideas, states of mind, prejudices, etc, that compile to create the Individual conscious stream, but a Meme is literally anything, you can selectively "Breed" memes, to weed out the ones that replicated not because of a benefit of the organism, but because the meme is "good at replicating" so to speak. I'm still trying to iron out the details myself, its a bit of new theory to me.
Save Cancel
Praveen Baratam, Maven - 7 years ago Edit
@Nicholas - True, some ideas and memes are more viral than others. Supernatural ideas are somehow more interesting to a majority than pragmatic themes. But, with time people get over these things when confronted with the right questions and explanations. Church, etc. no longer make decisions for many countries today! I am not proposing to breed memes selectively but to actively refute inept memes such as superstition and supernatural beings! Religious philosophy cannot survive without them!
Save Cancel
Nicholas Bc Shumate, Evangelist - 5 years ago Edit
I concur whole heartedly! I am an outspoken atheist for that exact reason! The tricky part comes when trying to identify the meme itself, as well as how and when you were exposed to it, as this information collectively gives you a better insight into how you ended up with, say a certain prejudice or bias, and what exposure helped cement it. By doing so, you can then begin actively dismantling it.
Save Cancel
There is a 500 character limit on every comment. The input box border turns 'Orange' when you are half way through and 'Red' after you reach the limit. Line breaks are not allowed in comments.
Post Comment Cancel
« View More Posts From This Topic or Create One Now!
Incredible Android
Are native apps for Android safe? Are webapps / browser...
Big Screen Entertainment
I have been a home theater buff for as long as I can...
Philosophy For Life
Maturity at its best is senility, where one has all the...
Colors Of Governance
"The Radical Liberal" by Arnold S. Kaufman was written...
Artificial Intelligence
AI in all its glory could evolve into a completely...