This is Dedicated to those who are in positions of influence in our society and use those for good.
by Nicholas Bc Shumate
Edit
Evangelist
Level 4
1
Nicholas Bc Shumate - 9 years ago Permalink Edit
Wasalu Muhammad Jaco, or Lupe Fiasco, is an American Hip-Hop artist, born in Chicago IL, who has attracted my attention simply because of the pure energy and passion behind the lyrics. His whole goal is to inspire people, let them know that anything is possible "I was once that little boy, terrified of the world, now I'm on the world tour". He is the closest representative I have found of the true voice of the American People. Conscious Hip Hop is not an Official Title, simply one that has been adopted to set those that are not just a bunch of noise and curses from those with a message, one that needs to be heard.

I'm keenly interested in the opinions of people who do not live in America, who are on the outside looking in, what do you see? Does this change your opinion? Personally I think America was intended to be amazing, and we have ruined it as a people. We have let Materials be our way to happiness, but in reality less is more. We let planned obsolescence brainwash our consumers, all for a shinier piece of tech.

This section of music is our only hope as a nation in my opinion. We are divided by race, what race? Human? Color is nothing but an illusion used for distinction.
Save Cancel 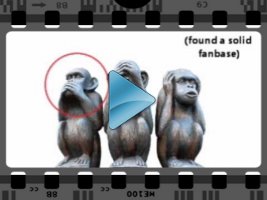 4 Comments
Praveen Baratam, Maven - 9 years ago Edit
@Nicholas - Interesting music and inspiring too but this type of music and other media are common to every nation and generation. They all call for a conscious stance against the existing ways and means of life but nothing addresses the crux of the problem. Normal people everywhere are too busy surviving and in this ordeal patronize certain illusions to be at peace with themselves. Popular culture can be seen as a diversion that people internalize to tide over their pointless lives.
Save Cancel
Praveen Baratam, Maven - 9 years ago Edit
One interesting observation though is how these themes adopt popular culture in a bid to attract wider attention. Previously there was conscious rock and now conscious hip-hop! It could be the other way round too! Popular culture through every generation takes up a conscious flavor at some point to tap into this ubiquitous and widespread resentment / emotion. Whether this form of music provokes any change or not, it definitely reminds us to stop and think for a moment!
Save Cancel
Nicholas Bc Shumate, Evangelist - 9 years ago Edit
Indeed, It is interesting how it seems to shift from generation to generation, I wonder if there is some sort of underlying data pattern to it? Perhaps in Economic Downturn certain genres become more popular than others, or perhaps it comes down to the individual personality type?
Save Cancel
Praveen Baratam, Maven - 9 years ago Edit
An artist's affinity to a certain theme is definitely driven by his personality but whether his works gain popularity or not depends on the then prevailing circumstances in my opinion. Whether there is a correlation between economic downturns and popular music trends needs to be investigated! Even movies tend to be based on current affairs and issues in a slow economy! Surprisingly at the macro level people are either splurging time and resources or castigating depending on the circumstances!
Save Cancel
There is a 500 character limit on every comment. The input box border turns 'Orange' when you are half way through and 'Red' after you reach the limit. Line breaks are not allowed in comments.
Post Comment Cancel
« View More Posts From This Topic or Create One Now!
Wonderful Web 2.0 Worlds
The future of eCommerce, as far as my imagination goes...
Who Stole Whose?
Very few people realize that a very useful innovation...
What Makes Us Evil?
Its sad that we have started to romanticize and lust for...
The Next Big Thing In Personal Computing
Aren't WiFi routers too dumb for today's digital...
The Miraculous Mind
This talk has changed my entire perception of life and...