A Discussion about various Nations, Their ideals and their methods; sprinkled with some ideas to take us all forward. Image:http://www.crwflags.com/fotw/flags/int-wpa.html#iwpf
by Nicholas Bc Shumate
Edit
Evangelist
Level 4
1
Nicholas Bc Shumate - 6 years ago Permalink Edit
"The Radical Liberal" by Arnold S. Kaufman was written in 1967 and published 1 year before the author's death in 1971. In it he describes what he sees in American domestic and foreign affairs such as the Vietnam war, desegregation, ect. and begins constructing a his theory and causalities of what is being witnessed now in 2016.

Specifically he highlights what is described as "the realistic liberal" such such as President Lyndon B. Johnson, and were as he describes "liberal in rhetoric only". These politicians relied heavily on the Vietnam era propaganda machines spreading pro-American propaganda.

He enumerates a very important distinction in the politics of what he describes as the "Radical Liberal". That of policy. He specifies that this new breed of liberal does not judge a candidate on who they are, what they look like, or what they say, but on what they propose, what policies they oppose and support, what their voting record has been and why. A very dangerous breed for the established 'powers that be' whom rely on the degradation of the American intelligentsia.

The fire has been lit, and from what is being discussed, it will burn so long as injustice is there for it's kindling. The ultimatum being given by these Radicals, myself included, is "represent my voice, not my money or face my wrath".
Save Cancel 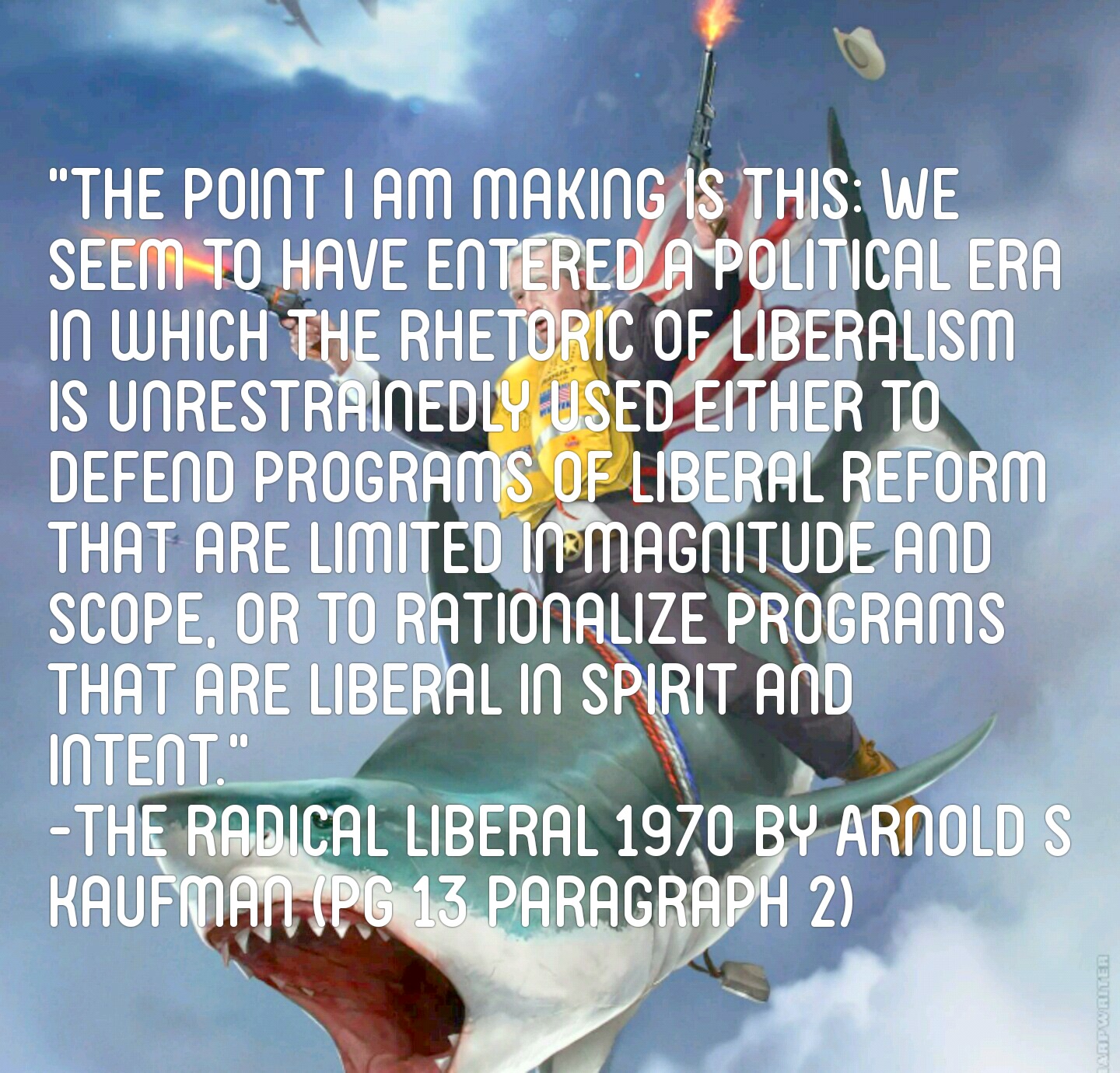