A Discussion about various Nations, Their ideals and their methods; sprinkled with some ideas to take us all forward. Image:http://www.crwflags.com/fotw/flags/int-wpa.html#iwpf
by Nicholas Bc Shumate
Edit
Evangelist
Level 4
1
Nicholas Bc Shumate - 7 years ago Permalink Edit
Citizens United vs the Federal Election Commission 2009, the Supreme Court ruled in favor of Citizens United, and granted them the power to fund the advertising and fundraising of political campaigns. 24 states that individually ban unions, corporations, or both from funding campaigns through a PAC, but it is clear how that held up on a national level, to put it simply, it didn't. Now not only do these corporations have lobbyists, they have rights in elections.

Not only is this immoral and disgusting, It is out right unconstitutional and yet again gives a true look at how deep the corruption has sunk it's teeth into our Federal Government.

Not only did the PAC successfully sue the Federal Election Commission, it successfully overturned the Bipartisan Campaign Reform Act of 2002 which had barred corporate involvement in Elections.

Currently I am looking into the legal routes of forming a Class-Action law suit in the name of the people against the members of the PAC, both federal judges, and corporate lobbyists, as well as corporate heads, to fight the act. Something must be done, and it is time we the people stop playing by the Corporations rules, after all we have to power to change them at any time, we just need to get our bearings as a country, that is the true challenge.
Save Cancel 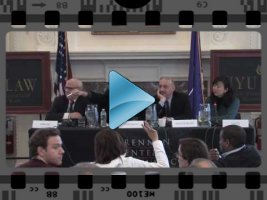 One comment
Praveen Baratam, Maven - 7 years ago Edit
Sounds like a country of workers + corporations and not citizens from this perspective. Come what may, corporations should not be allowed to influence elections! If corporations have issues they have to bring them to public notice or go to courts. Problem is that the wealth distribution in mature capitalist economies is so skewed that the top 1% owning ~50% of nation's wealth do not want the fate of their wealth and profits be decided by the rest 99%. Hence all this lobbying and legal jigsaw!
Save Cancel
There is a 500 character limit on every comment. The input box border turns 'Orange' when you are half way through and 'Red' after you reach the limit. Line breaks are not allowed in comments.
Post Comment Cancel
« View More Posts From This Topic or Create One Now!
Wonderful Web 2.0 Worlds
The future of eCommerce, as far as my imagination goes...
Who Stole Whose?
Very few people realize that a very useful innovation...
What Makes Us Evil?
Its sad that we have started to romanticize and lust for...
The Next Big Thing In Personal Computing
Aren't WiFi routers too dumb for today's digital...
The Miraculous Mind
This talk has changed my entire perception of life and...