A Discussion about various Nations, Their ideals and their methods; sprinkled with some ideas to take us all forward. Image:http://www.crwflags.com/fotw/flags/int-wpa.html#iwpf
by Nicholas Bc Shumate
Edit
Evangelist
Level 4
1
Nicholas Bc Shumate - 7 years ago Permalink Edit
I awoke this morning to the unsurprising yet devastating news that the government has officially shut down. The House and Senate could not come to a deal on raising the spending limit and negotiating a budget because the extremist group in the House under the name of Tea Party, has made the demand that the Affordable Care Act that was approved by the house and senate majority two and a half years ago, be defunded or they will not pass a budget on to the senate. September 30th, 2013 was their deadline, and they have decided to take out America from within.

There is a palpable sense of unease, one that I resonate with deeply. What changed in the last decade that this congress cannot reach a decision, when they would be the first in over 200 years to not be able to compromise. This is a sad day, for I see several roads ahead that do not bode well.

If the US government cannot get its act together, the American people will grow tired of their petty games, When that happens, I fear it may be game over. Either it will be a mass revolution, or it will be akin to the Glorious Revolution. For the sake of everyone, I hope it is the latter, and not the former.
Save Cancel 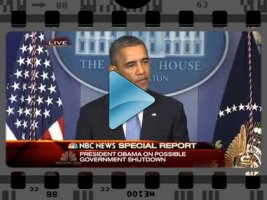 No comments yet!
There is a 500 character limit on every comment. The input box border turns 'Orange' when you are half way through and 'Red' after you reach the limit. Line breaks are not allowed in comments.
Post Comment Cancel
« View More Posts From This Topic or Create One Now!
Incredible Android
Are native apps for Android safe? Are webapps / browser...
Big Screen Entertainment
I have been a home theater buff for as long as I can...
Philosophy For Life
Maturity at its best is senility, where one has all the...
Colors Of Governance
"The Radical Liberal" by Arnold S. Kaufman was written...
Artificial Intelligence
AI in all its glory could evolve into a completely...